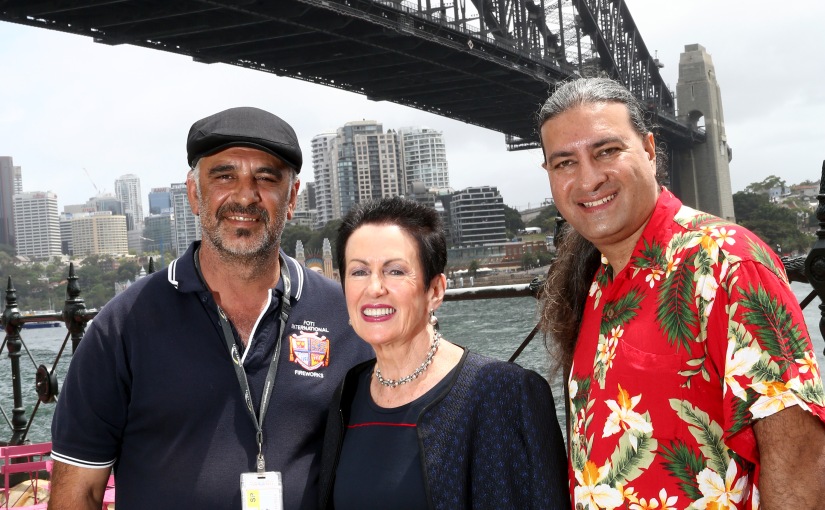 Dramatic lighting displays beaming from the Sydney Harbour Bridge in time with 8 tonnes of fireworks will be seen by the naked eye further across Sydney this New Year’s Eve than ever before.

“Sydney New Year’s Eve is renowned as one of the largest & most technologically advanced fireworks displays in the world” the Lord Mayor said.

“This celebration will be enjoyed by more than 1 million people around the Sydney Harbour foreshore and a global audience of more than 1 billion & we are doing it responsibly, using new light-emitting diode (LED) lighting effects that will allow us create a phenomenal show using less power than ever before”

“We are using a quarter of the amount of power that we used 4 or 5 years ago & are still getting more light out of it” Mister (Mr) Ziegler said.

With more light beams on top of the Bridge this year, the lighting effects will also be seen by more Sydneysiders this year.

“Because they will be higher & more concentrated, more people will be able to enjoy the fantastic light show across Sydney than ever before” Mr Ziegler said.

“This year, the lighting displays have a warm, inviting feel based on Nadia’s bright designs. Her use of pastel colours creates an almost fluorescent effect, which have been great to work with from a lighting perspective” Mr Ziegler said.

For Fireworks Director, ‘Forch’ (Fortunato) Foti, the challenge was to create never-before-seen displays.

“With such a striking colour palette to work with & bigger and bolder lighting effects, we have created some great new effects that I am looking forward to sharing with the people of Sydney & the world” Mr Foti said.

Not to be outdone, the fireworks displays this year will also be the biggest Sydney has ever seen.

There will be more than 100,000 individual pyrotechnic effects on the night, setting a new record for the annual event’s 9pm Family & Midnight Fireworks with:

Mr Jackman approached the City Of Sydney to fulfil a lifelong dream to design a firework for his hometown’s world-famous Sydney New Year’s Eve celebrations & the City was delighted to accept.

“Having a Hollywood star like Hugh Jackman offer his talents to help showcase Sydney New Year’s Eve to the world is a fantastic coup for Sydney & for Australia” the Lord Mayor said.

For the 1st time, the Midnight Fireworks will feature a rainbow waterfall of fireworks cascading from the Sydney Harbour Bridge in celebration of Australians saying ‘Yes’ to marriage equality & as a tribute to the 40th anniversary of the Sydney Gay And Lesbian Mardi Gras in 2018.

Visit sydneynewyearseve.com for detailed information on the event.