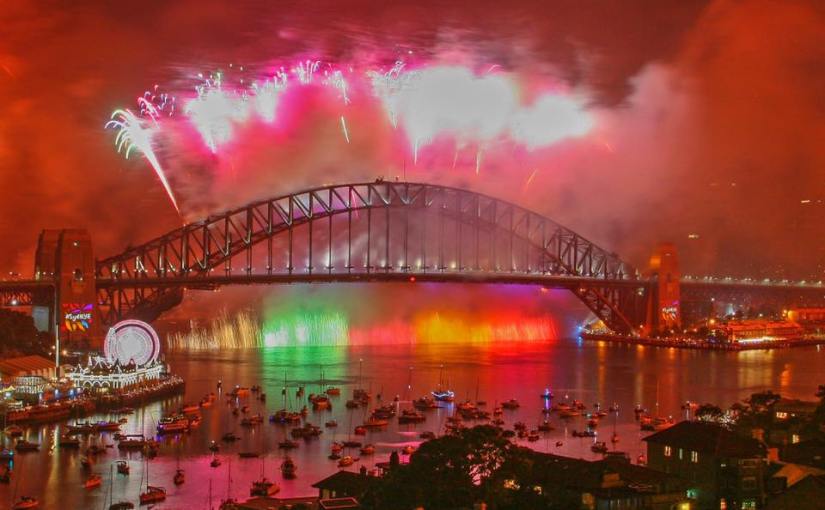 For the 1st time, fireworks in the shape of numbers have led the countdown to Sydney New Year’s Eve (NYE)’s spectacular Midnight Fireworks.

As well as the traditional countdown on the Sydney Harbour Bridge pylons from 90 to 1, the numbers 10 to 1 lit up the night sky to the east of the Bridge this time.

At the stroke of Midnight, the word, ‘SYDNEY’, was emblazoned across the Harbour Bridge to mark the beginning of the biggest & best Midnight Fireworks ever that was enjoyed by 1 billion people across the globe.

City Of Sydney Lord Mayor, Clover Moore, said Sydney had shown once again that it is the best place in the world to celebrate NYE.

“More than a million people gathered around Sydney Harbour for tonight’s Sydney NYE celebrations & more than a billion watched from around the world” the Lord Mayor said.

“This truly spectacular start to the New Year is only possible because of the many thousands of hours of hard work by our City Of Sydney team & the Foti International Fireworks family. I would like to extend a sincere thank you to the many volunteers, event professionals, sponsors & partners who make this the biggest free public event in Australia”

“I hope you have time to relax with friends and family & return invigorated for the rest of the new year, 2018.”

Apart from the 6 barges, Sydney Harbour Bridge & Opera House, the Midnight Fireworks were also fired from an array of individual pontoons instead of 1 Bridge barge allowing the display to reach a wider audience than ever before.

The 12-minute spectacular featured a rainbow waterfall of red, yellow, purple, green & blue to help celebrate Australia voting ‘Yes’ for marriage equality & to mark the 40th anniversary of the Sydney Gay And Lesbian Mardi Gras in 2018.

Sydney-born superstar, Hugh Jackman, created unique fireworks for the Midnight Firewoks including glittering gold brocade & horsetail shells that launched from barges on the Harbour & from the Bridge.

The stunning fireworks were set to the track Wiyathul by famed Indigenous artist, Dr G Yunupingu.

There were more than 100,000 individual pyrotechnic effects on the night, setting a new record for the annual event’s 9pm Family & Midnight Fireworks with:

There were more than 3,000 individual lighting effects choreographed to the fireworks displays & music soundtrack – 1,000 more effects than last year.