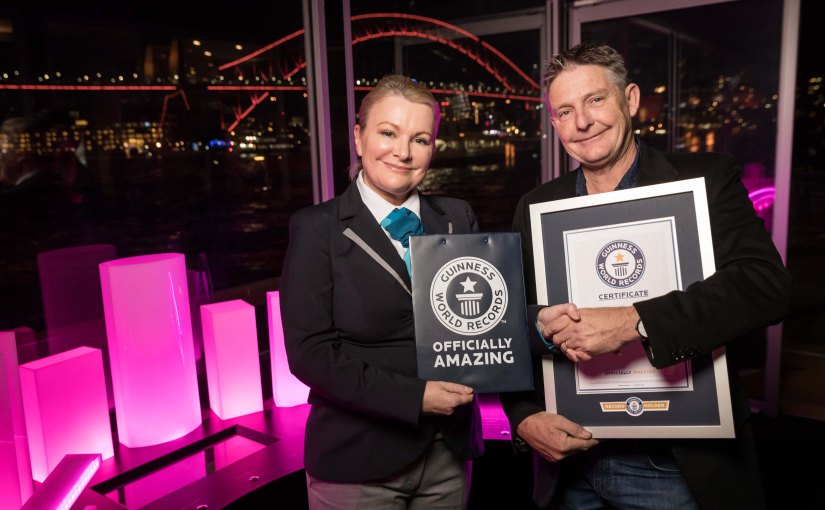 Vivid Sydney, the world’s largest festival of light, music & ideas, has once again cemented itself as a record-breaking international event. Guinness World Records, the global authority on record breaking, has awarded Vivid Sydney installation, Dreamscape, with the title for the ‘Largest interactive lighting display’.

Made of 124,128 lights, Dreamscape, created by Vivid Sydney veteran, 32 Hundred Lighting, links the entire Circular Quay precinct from the iconic Sydney Opera House to the Sydney Harbour Bridge into 1 cohesive canvas of light. It allows participants to decide the colour, texture & pattern of the lighting across the cityscape via 3-dimensional interactive modelling in a control room in Circular Quay. With the simple touch of a button, Vivid Sydney guests of any age have the power to create their own masterpiece, using the ‘Harbour City’ as their muse.

In achieving the Guinness World Records title, Dreamscape trumped its own Vivid Sydney 2016 predecessor, Dress Circle, which was also a 32 Hundred Lighting creation that illuminated Circular Quay. This year, the addition of the Cahill Expressway to the installation adds an additional 1 kilometre of lights to the record.

Sandra Chipchase, Chief Executive Officer Of Destination New South Wales & Executive Producer Of Vivid Sydney, said “Each year when we produce Vivid Sydney, we want interstate and international visitors to be awed by what they see & we want locals to be proud of what our city brings to the world. Breaking a Guinness World Records title shows the global calibre of our festival & breaking our own title shows that we will never rest on our laurels”

Iain Reed, Managing Director Of 32 Hundred Lighting, said “We are beyond thrilled to break our own Guinness World Records title & be internationally recognised for our work. Our team is so passionate about what we do & it is a pleasure to be part of Vivid Sydney once again, illuminating this great city!”

Those wanting the opportunity to experience & interact with the record-breaking installation have until the 17th of June to head down to Vivid Sydney & join in the action.