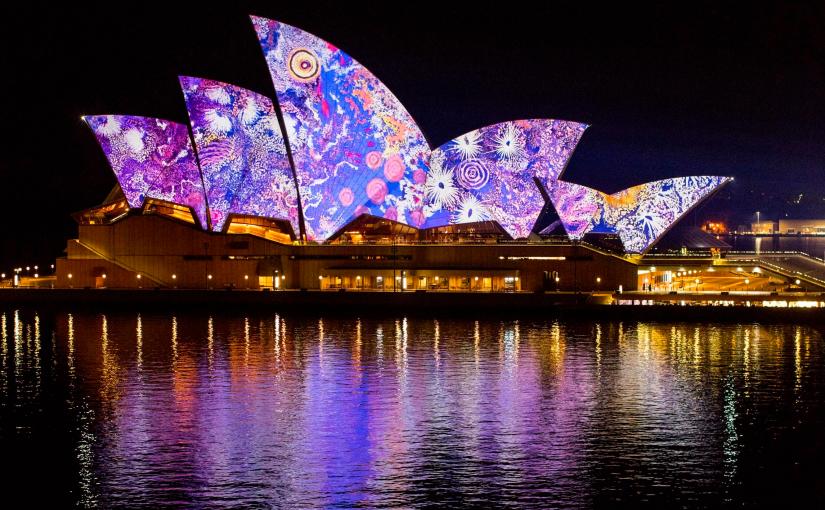 Vivid Sydney is back up & is powering on tonight with its world famous light projections & art installations illuminating the city from 6pm after being disrupted over the weekend by Sydney’s wild weather.

Light projections on the Sydney Opera House, Sydney Harbour Bridge, Customs House, Museum Of Contemporary Art & Cadmans Cottage will be fully operational. These will be joined by another 50 installations throughout Circular Quay, The Rocks & Walsh Bay.

Although most Vivid precincts & installations will shine come 6pm, repairs are still underway to a few installations & projections damaged during the weekend’s storms. Unfortunately, the Royal Botanic Gardens, with its crowd-pleasing installation Cathedral Of Light, remains weather affected & will not reopen until tomorrow (7th of June).

“Vivid Sydney will run through to Saturday the 18th of June so there’s still many nights left to visit Vivid Sydney. Vivid Sydney’s staff & volunteers will be back on site to welcome you to the world’s largest festival of light, music & ideas” she said.

Vivid Music & Vivid Ideas events were unaffected by the weather and continue to proceed as scheduled & visitors are encouraged to leave the car at home and use public transport.