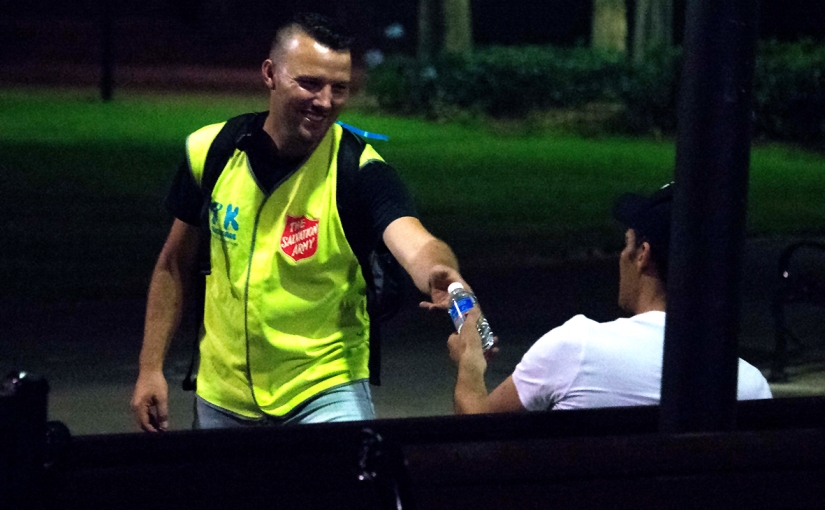 Sydneysiders & visitors celebrating New Year’s Eve will be safer this year thanks to an extension of the successful Safe Space & Take Kare Ambassador program.

This will be the 1st time the initiative, which has been running year-round from Sydney Town Hall & Kings Cross, will operate at locations across central Sydney on New Year’s Eve.

“Sydney New Year’s Eve is one of the biggest annual celebrations in the world, attracting one million spectators along the Sydney Harbour foreshore & we want all of them to have a safe and enjoyable night.”

“The Safe Space & Take Kare Ambassador program helped almost 15,000 young people in its 1st year of operation & the City is proud to be a supporter of this vital initiative.”

“I’m delighted it will be in place to keep people safe at Australia’s largest public celebration.”

Take Kare Ambassadors from The Salvation Army’s Salvo Street Teams will also be out on the town, helping Sydney revellers enjoy the biggest night of the year safely.

“Everyone deserves to have a great night on New Year’s Eve & to come home safely at the end of it,” said Ralph Kelly of the Thomas Kelly Youth Foundation.

“I’m proud of the work the Take Kare Ambassadors have done throughout the year & am delighted they will be out on New Year’s Eve in even greater numbers to help keep our young people safe from alcohol-related violence.”

Nate Brown, who will be leading the Salvos Street Team on the night said they were proud to be helping more people than ever before on New Year’s Eve.

“We did a lot of good work last year so I’m really happy we’ll be back to help more people than ever to have a better New Year’s Eve experience,” Mr Brown said.

“We help anyone who needs it – whether it’s finding their friends, helping them get back to their hotel when they’re lost or just providing some water & a safe place to sit if they’ve had a bit too much to drink.”

The Safe Space & Take Kare Ambassador program was set up by the Thomas Kelly Youth Foundation in partnership with The Salvation Army & the City Of Sydney. The program provides on-street assistance & a sanctuary for intoxicated young people who are at risk of crime.

For more information about volunteering as a Take Kare Ambassador, visit salvos.org.au/streetteams.