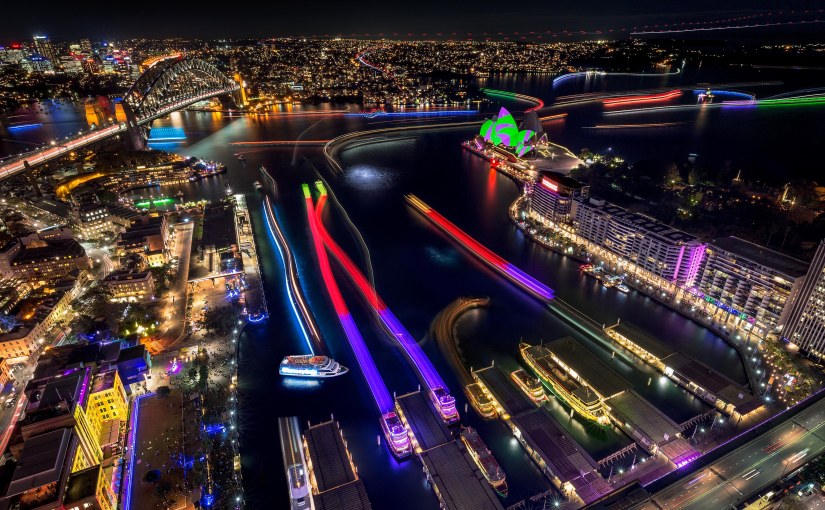 The world’s largest festival of light, music and ideas is reaching out to creative minds from across the globe, inviting them to share their ideas for Vivid Sydney 2016.

NSW Minister for Trade, Tourism and Major Events, Stuart Ayres, announced Expressions Of Interest (EOI) are now open to creative individuals and organisations seeking to participate in the Vivid Light and Vivid Ideas programs when Vivid Sydney returns from 27 May to 13 June 2016.

“Vivid Sydney presents a remarkable opportunity for artists and creative industry professionals to realise their vision on a grand scale, with a record 1.7 million people attending the festival this year” Mr Ayres said.

“For 18 days during Vivid Sydney, the city becomes a canvas for creative expression, bringing together the best and brightest minds from across the globe to engage in industry forums while transforming the city into an outdoor gallery of extraordinary lighting projections and sculptures.”

“This is an amazing opportunity to be involved in Vivid Sydney. I encourage everyone to register their Expressions Of Interest in working with us to deliver another spectacular festival in 2016” he said.

“Vivid Ideas provides a platform for thought-leadership in the creative sector, bringing together the conversations, conventions and big announcements for the industry. This year more than 70,000 people attended Vivid Ideas and I encourage everyone to share their ideas and join in the conversation at our world-renowned festival” Ms Chipchase said.

Expressions Of Interest to participate in the 2016 Vivid Light and Vivid Ideas programs close at midnight AEST on Wednesday the 23rd of September 2015. For more information, visit www.vividsydney.com.