Sydney New Year's Eve 2021 - 'See Sydney Shine': Midnight FireworksJanuary 1, 2022
Happy New Year! The Sydney Harbour Bridge, Opera House and Harbour are now sparkling with fireworks. Apart from the landmarks, 4 main barges and a small barge in front of the Bridge are used this year, along with the annual light show, accompanied to an exclusive soundtrack produced by Aussie electronic music legends, The Presets. Click 'Watch LIVE' in the menu above or click the live stream below to watch it live! 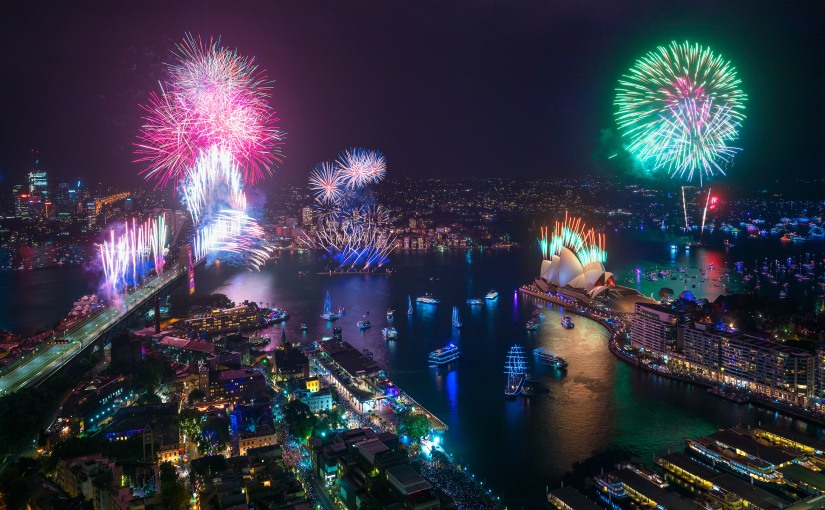 Sydney showed the world why it’s the New Year’s Eve capital with a sparkling fireworks and lighting show to ring in 2020.

The most choreographed New Year’s Eve show to date saw more than 100,000 fireworks set off at 9pm and midnight to create a ‘pyrotechnicolour’ extravaganza.

At 9pm and midnight, a diamond sparkle of lighting beams came together to form the unity beam, representing the people of Australia and the world coming together as one.

The beam shone between 16 billion to 20 billion candela, making it the brightest lighting beam in the southern hemisphere.

Lord Mayor Clover Moore said there was no better way to welcome a new year than celebrating in Sydney.

“2020 has arrived and we’ve welcomed the new decade with a fireworks and lighting show unlike anything we’ve seen before,” the Lord Mayor said.

“Those watching saw the best of Sydney’s creative talents putting on a show that has become one of the biggest public events in the world.

“New Year’s Eve is about giving hope and happiness to the world and we’ve used the event to make a positive difference.

“Through our official charity partner, the Refugee Council, we showed the world that Sydney is a friendly place by declaring 2020 the year of welcome.

“We also used the event to promote a fundraiser for the Red Cross disaster relief and recovery fund in response to the devastating bushfires that have ravaged much of the country.

“These donations support Red Cross volunteers on the frontline supporting communities in the wake of bushfire disasters.

“Whether you were watching around the harbour, at home, or around the world, I’d like to wish you a safe and happy 2020.”

More than 100,000 individual pyrotechnic effects were fired from the Sydney Harbour Bridge, Sydney Opera House and seven barges around the harbour.

New Year’s Eve 2019 was also the greenest event to date, with City sites and operations using 100 per cent accredited GreenPower.

The City purchased GreenPower certificates to the equivalent of our energy use. These covered 10 sites across the city, including Bicentennial and Pirrama parks and the Sydney Harbour Bridge.