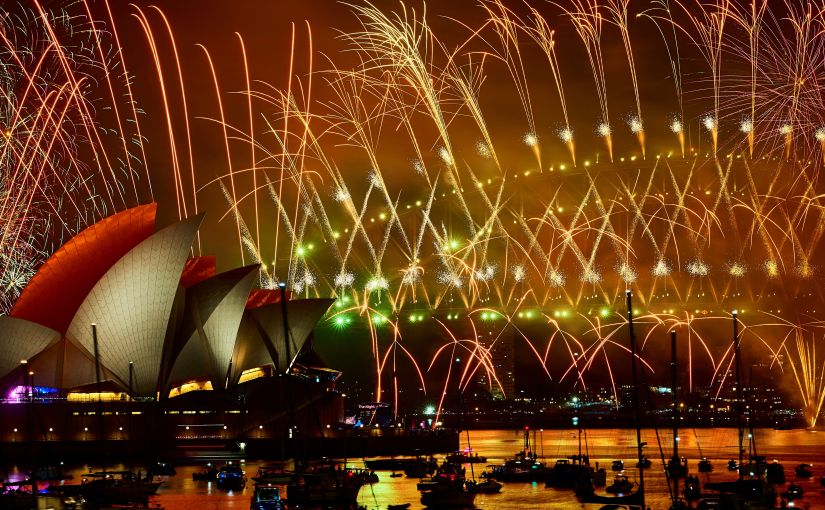 This promoted the Lord Mayor of the City Of Sydney, Clover Moore, to respond again. She initially responded via social media when the petitions hit 10,000. You can read her response at the end of the article.

In her response, she confirms that the bushfire appeal will be promoted on the official broadcasts ensuring global promotion of the bushfire emergency and the Australian Red Cross’ Disaster Recovery & Relief Fund. She also confirms it will be promoted at the event on the night of New Year’s Eve as well as through marketing materials.

The petitions have likely escalated because of the air quality Sydney woke up to this morning. It is said to be “some of the worst air quality we’ve seen”. Quote from NSW Health Director of Environmental Health, Dr Richard Broome.

This means Sydneysiders from the City Of Sydney local government area are highly likely to be part of this 70,000 signature increase on the petitions.

The petitions we believe will warrant State Government attention if they reach 370,000 signatures. They are only 41% there currently.

If Sydney NYE was held today, well you wouldn’t be seeing much of the fireworks. This is the Sydney Harbour Bridge today. You can just see the northern pylons in the centre-lower-left of the photograph:

In 2001, the last time Sydney NYE faced a similar outrage (but not on this scale), the City Of Sydney stated the fireworks would go ahead if air quality is 10 times worse than normal. Normal, not ‘hazardous levels’.

However, air quality was up to 11 times hazardous levels today. Based on the current air quality index, hazardous is an index of 200. If we define ‘normal’ as the maximum for ‘good’ levels (That is, an index of 60), the fireworks would still go ahead at an index of 660, which is in the ‘hazardous’ level, the highest level, which has no maximum index limit.

But the air quality is a lot higher today than that. Up to 2200 around midday. That is really hazardous.

However, whilst air quality is currently the 2nd biggest concern to the event, it is too early to say whether it will affect the event. It will all come down to conditions on the day. The smoke may have cleared by then. However, the few days leading up to the event will give a good indicator of what it will be like.

Last Saturday, that night’s Darling Harbour fireworks , which are held weekly, were cancelled due to low visibility.

If you are a visitor for Sydney NYE & are concerned about air quality levels around NYE, you can sign up to an account to get air quality alerts via e-mail or SMS here or by reading the air quality forecast here on the 30th of December.

Again, we advise people who have brought tickets for Sydney NYE events to check their refund policies in the event the iconic fireworks are cancelled or postponed to Australia Day as the City Of Sydney is the official organiser providing the fireworks for free. Tickets are usually only refunded if the actual function you are attending is cancelled or below par – not if the fireworks are cancelled or below par. Pirrama Park Wharf is probably the only exception to this so far. People who have bought tickets in National Park areas especially should be cautious. Keep an eye on the news in the week before NYE for any bushfire-related updates.

The City Of Sydney will be addressing the air quality issue in regards to Sydney NYE later this week.

Change.org has been contacted for queries.

Disclaimer: Sydney Spectaculars is not associated with Sydney New Year’s Eve organisers, the City Of Sydney, nor Australia Day In Sydney organisers, NSW Government Department Of Premier & Cabinet. As of writing, the fireworks are still planned to go ahead.

Lord Mayor of the City Of Sydney, Clover Moore’s response (from Change.org):

I have been moved by the outpouring of support and care the community has shown for those affected by the bushfires.

While we’ve seen some of the worst of extreme fire, we’ve also seen the best of humanity – NSW Rural Fire Service volunteers rushed to protect people and property, and communities have come together to look after each other.

And many, including you, have looked for ways governments can further support those doing it really tough at this time. I appreciate your calls to cancel our New Year’s Eve fireworks and reallocate the funding to bushfire relief.

I also share your deep sympathies and recently directed Council to donate over $600,000 to bushfire and drought relief, as well as sending our trucks and staff to help emergency services with clean-up and recovery efforts.

Our fireworks are planned 15 months in advance and most of the budget – which is largely allocated to crowd safety and cleaning measures – has already been spent. And with just weeks to go, many have already booked hotels and restaurants and planned their trip to watch the fireworks. This event generates $130 million for the state economy, which helps many people.

I know this isn’t exactly what you would like to be hearing from me, but we can’t cancel the fireworks and even if we could, doing so would have little practical benefit.

Over the last fortnight however we, as a Council, have been moved to do more.

We have committed to harnessing the enormous power of the event, which brings a million people together around our harbour, to raise more money for the Australian Red Cross Disaster Relief and Recovery Fund.

In all marketing materials, during the broadcast and on the night, we will be reminding those who visit our harbour and who watch at home to give generously.

The event will also support our existing charity partner, the Refugee Council of Australia (RCOA), as we commence 2020: The Year of Welcome.

The City’s fireworks will be carbon offset, and are biodegradable in order to reduce waste and environmental impact.

New Year’s Eve unites people from all over the world with a message of hope for the year to come. I’m glad that this event will do that while helping support those in need.

As we reflect on the tragic devastation of the bushfires, we have to acknowledge that successive Federal Governments have shamefully presided over a failed climate policies. Australia’s emissions have been going up since 2014 and these bushfires are just one of the recent extreme weather events made worse by catastrophic climate change

Earlier this year the City declared a Climate Emergency, calling on the Federal Government to reintroduce a price on carbon to meet the Paris Agreement emissions reduction targets, and establishing a Just Transition Authority to ensure Australians employed in fossil fuel industries find appropriate alternate employment.

We have also recently signed a contract to use 100% renewable electricity from July next year, and will reduce our emissions by 70% on 2006 levels by 2024, four years ahead of schedule.

As long as I am Lord Mayor I will lead a Council committed to taking real and meaningful climate action, and I will continue to push State and Federal Governments to do the same.

If you would like to donate to our bushfire appeal you can do so here:
https://www.redcross.org.au/campaigns/disaster-relief-and-recovery-bushfires and I would also encourage you to spend time on Change.org calling on the Federal Government to take urgent action on climate change.