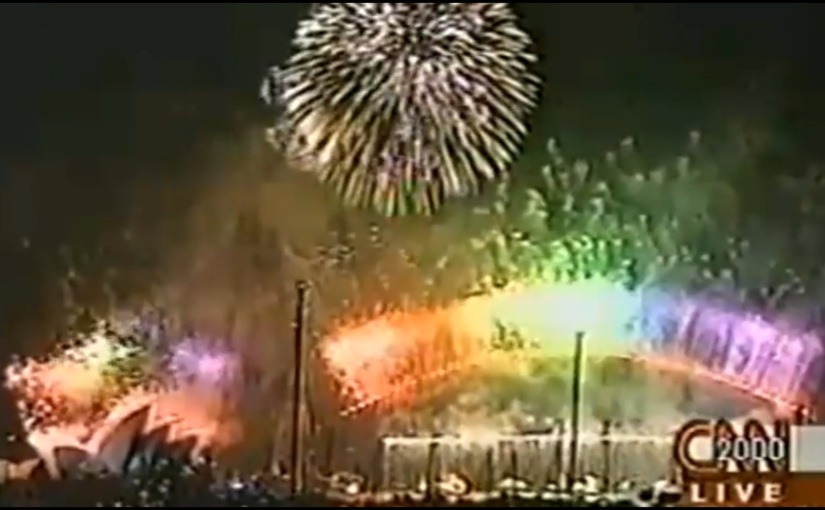 Here are your answers!

A pyrotechnic rainbow waterfall will fall off the Sydney Harbour Bridge during this year’s Midnight Fireworks as part of Sydney New Year’s Eve (NYE) 2017 – Wonder and the ‘heralding of a new dawn for equality’.

“The rainbow waterfall is a well-earnt tribute to the Sydney 78ers who marched for gay rights 40 years ago – it is a reminder of how far we have come & how far we have left to achieve true equality for our lesbian, gay, bisexual, transgender & intersex (LGBTI) community. It is a wonderful way to ring in the new year & celebrate the 40th anniversary of the Sydney Gay And Lesbian Mardi Gras”

See videos of previous displays to see how the music & waterfall is timed for emotional impact.

But this year’s rainbow waterfall has extra meaning (see above) so there is a possibility that the music has been chosen with this in mind. However, it is not guaranteed: the fireworks soundtrack is finalised in September & if it has been done purely for the proclamation of Schedule 1, Parts 1-3 & 5 of the Marriage Amendment (Definition and Religious Freedoms) Bill 2017, there was no guarantee back in September that the bill would even be introduced in Parliament. Back then, the Marriage Law Postal Survey had only just started.

Either way, it was guaranteed that 2018 celebrates the 40th Anniversary of the Sydney Gay And Lesbian Mardi Gras. It could have been chosen with that in mind.

A rainbow waterfall might also have been coincidentally added due to this year’s colourful artwork as well as the fact that rainbows regularly feature in Sydney NYE fireworks displays recently. If this was the case, any music piece could be a potential candidate.

Everyone had a different opinion so there was no stand out choice. These were your suggestions:

People’s suggestions were either of the following:

The song Something Just Like This – The Chainsmokers & Coldplay would be a good candidate though to appear at any point of the 9pm Family & Midnight Fireworks.

The most likeliest of all the suggestions to drop the rainbow waterfall we think would be I Will Survive – Diana Ross due to the song considered by some as a gay anthem. However, unlike the original version of the song by Gloria Gaynor, there is no good ‘drop point’ for the rainbow waterfall in this version. The original version though has a suitable ‘drop point’ at 01:11 in the music video:

We are guessing though that it will be the song Finally by CeCe Peniston. It was used in the Australian movie, The Adventures Of Priscilla, Queen Of The Desert as well as in a segment of the Closing Ceremony of The Games Of The XXVIIth Olympiad: Sydney 2000 dedicated to that same movie. The song is about the wait to begin a relationship ending. It was a hit in the 1990’s and popular in clubs as it is a dance song.

If the Midnight Fireworks soundtrack abruptly changes to this song at 00:57 in the music video, when the rainbow waterfall drops, accompanied by a glittering light display off the Sydney Harbour Bridge, it could be the emotional impact that is desired to deliver the message the City Of Sydney is sending to the world. After all, Australia has been debating changes to the Marriage Act 1961 since 2004. It was a long, tiring debate particularly for LGBTI people & the debate and wait is finally over.

There is one extra thing about the rainbow waterfall that is unique this year. Who knows? Maybe it will be revealed tomorrow too. However, if it isn’t, don’t expect us to reveal it. We are waiting until the City Of Sydney do if they ever do. If they don’t, we’re leaving it as a surprise to maximise the emotional impact of the Midnight Fireworks for you all.