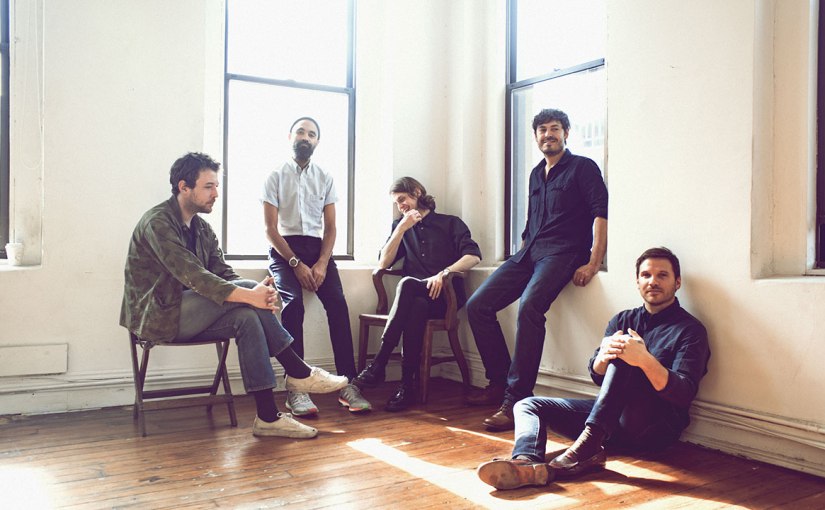 “’Fleet Foxes’ have not just expanded & enhanced their sound, they have found a way to remain lasting” – Consequence Of Sound

Folk-rock masters Fleet Foxes will première new material from their highly anticipated 3rd album exclusively for Australian audiences at the Sydney Opera House when they make their long-awaited returned for Vivid LIVE in May this year as part of Vivid Sydney, the world’s largest festival of light, music & ideas.

5 years since their last, life affirming shows, the band have chosen Vivid LIVE for their return to the stage, performing over 4 nights in the Sydney Opera House Concert Hall.

Due to the expected high demand, tickets will be allocated by ballot (details below).

The 5-piece ensemble rose to prominence in the vanguard of a new wave of folk music in the 2000’s, alongside fellow Sydney Opera House alumni including Sufjan Stevens, Joanna Newsom, Bon Iver, Bill Callahan & The Decemberists.

Their 2nd full-length album, Helplessness Blues (Sub Pop/Inertia) was released in 2011 to critical acclaim &propelled them to Number 6 in the Australian national charts (Number 2 in the United Kingdom & Number 4 in the Untied States (US)) confirming their status as a true crossover success story.

Almost a decade after leading the new-folk revolution, Fleet Foxes will bring their fevered dynamism and signature harmonies to the Sydney Opera House Concert Hall stage & demonstrate once more why they are indeed a band for the ages.

Robin Pecknold said “We are unbelievably excited to perform songs from our new album & to revisit songs from across our catalogue at the Sydney Opera House in May. In this time, when all action towards unity is vital, our means of engendering union is through music, collective communal performance, on any stage that will have us & there is no better stage in the world than the Sydney Opera House. We really hope to see you there”

With the new album expected very soon, Robin Pecknold has created a playlist of artists & songs that inspired Fleet Foxes whilst writing the forthcoming new album.

Destination New South Wales (NSW) Chief Executive Officer & Vivid Sydney Executive Producer, Sandra Chipchase, said “’Vivid Sydney’ continues to attract the world’s best musicians to our city each year. The calibre of artists performing at the festival is testament to its success. I encourage all music fans to plan their trip to Sydney to see internationally acclaimed US band ‘Fleet Foxes’ when they première their new material at these 4 exclusive Sydney shows”

Ben Marshall, Curator Of Vivid LIVE At The Sydney Opera House, said “It is a big moment for us to welcome back ‘Fleet Foxes’ to the Sydney Opera House Concert Hall stage for ‘Vivid LIVE’. Having ended their ‘Helplessness Blues’ tour here 5 years ago, over 3 unforgettable sold-out nights, they have chosen to première their new, fiercely anticipated 3rd album on the very same stage. Like past key ‘Vivid LIVE’ artists ‘Bon Iver’ & Sufjan Stevens, ‘Fleet Foxes’ are taking a 4-night ‘Vivid LIVE’ residency & bringing something special to Sydney for their only Australian performances for 2017. A dramatic & powerful live proposition, Robin Pecknold’s spectral tenor & euphoric, melancholy melodies are something to behold in the Concert Hall & this act’s blazing ambition and restlessness will be on grand display in one of this year’s absolute musical highlights”

The full program for Vivid LIVE At The Sydney Opera House will be announced at the Vivid Sydney program launch this month: vividsydney.com/sydneyoperahouse.com/vividLIVE.

An application process has been implemented for Fleet Foxes’ only Australian shows at Vivid LIVE in anticipation of high demand & to ensure everyone has an equal chance to make applications over a 5-day period. This will minimise website congestion & distribute tickets to fans across time zones, states & countries. Successful applicants will be notified via e-mail with a link to purchase tickets between 10am – 4pm (Australian Eastern Daylight Time (AEDT)) Friday the 10th of March. Unsuccessful applicants will not receive a link to purchase however will be automatically added to a waitlist in the event of a later release of tickets.

Tickets can be applied for anytime between Wednesday the 1st of March 2017 (6:00am AEDT) & Sunday the 5th of March 2017 (11:59pm AEDT). Successful applicants will be chosen at random from within the allocations designated for visitors & locals. To apply, go to http://sydneyoperahouse.com/vividlive.

From the 26th of May to the 17th of June, the Sydney Opera House will welcome some of the most ambitious & innovative local & international artists for Vivid LIVE – a celebration of music on the nation’s most famous stages – as part of Vivid Sydney, the world’s largest festival of light, music & ideas.

Vivid Sydney is the world’s largest festival of light, music & ideas, which for 23 days – from the 26th of May to the 17th of June 2017 – transforms the ‘Harbour City’ with its colourful creative canvas. In 2016, Vivid Sydney attracted a record 2.31 million attendees.